What does it mean to be something?

I have always proudly proclaimed that I am Ukrainian. And I know that to be true.

Yet, when people would question further, I would have to admit that no, I didn’t speak the language (besides the essentials: namely, food items and “I want to eat”). I don’t know the dances. I wasn’t born in the country. Furthermore, I had never been to the country.

What does it mean to be Ukrainian? And how could I say and know it so fervently to be true when all evidence pointed to the seeming vacuity of such a claim?

Perhaps like so many things, part of identity is habit and familiarity. The people most consistently in my life were Ukrainian, and thus so I identified. They spoke the language, cooked the foods, knew the history, preached in the church. While I personally could not do so myself, I embraced our collective history as part of my own personal story. (Even as I was writing those words, I absentmindedly got up to throw some perogies on to boil as a midday snack.)

Despite the fact that we spoke zero Ukrainian, my cousins & siblings & I carried the Ukrainian Church Christmas program for many a year, completely confusing the few actual Ukrainian-speaking kids there (Note the super Slavic camel? None other than your favourite blogger!)

Perhaps desire plays a role. I could not speak Ukrainian fluently, but I so wanted to learn and would pore over my aunt’s old буквар, insisting she and my mom quiz me by singing “Head and Shoulders” in Ukrainian. I would painstakingly sound out those Cyrillic puzzles that would unlock Christmas lyrics, so that I could join my aunts and uncles in carolling. I spent many evenings with my mom at the kitchen table, repeating the litany of our family’s devastation and reconnection throughout years of war, making notes on aunties’ and cousins’ names and origins until they were woven into my own meandering quilt of memories.

Or perhaps identity is in our blood, our genes, our soul. Because despite being born in Canada, speaking English as my first language, and not being allowed to dance growing up, the moment our train rolled onto Ukrainian soil and I saw the green hills of my motherland, I felt a connection that surpassed all evidence to the contrary. I was home. 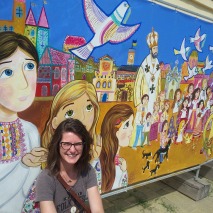 After a few days exploring Lviv (where my mom completely took over as tour guide and wowed both me and every Ukrainian we met with her beautiful, fluent language skills!), we made the 3 hour drive to Lanchyn, the hometown village of my mom’s father. As the road rolled beneath us, my throat ached with suppressed tears, a joyful ache I couldn’t begin to put into words. All those campfire quizzes with my mom and aunt; all those Christmas Eves standing on my icy front porch, taking my youngest-child-responsibility seriously and searching for the first star to appear; all those Ukrainian Baptist conferences in middle-of-nowhere Saskatchewan, trying with all my might to discern just one or two phrases from the flowing conversation – I was finally here in the place where it had all started, the soil I had always longed to know. 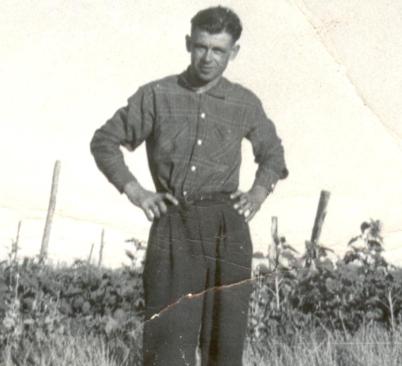 My Gido, out standing in his field 😉

The rolling hills of Ivano-Frankivsk Oblast stretching before us

And as we pulled into the Lanchyn post office parking lot and my mom’s cousin Mariya leaped out of her car, tears already streaming down her face as she called “Сестра, cестра!” (my sister!) and embraced my mom… That solidified what my heart already knew, that these people were family, not strangers, and that I had a place here despite having never been here before.

Cousin Ivan and his new house where Gido’s old house used to stand.

This feeling was affirmed when we arrived back at their beautiful home and found that Mariya had made a side of perogies to go with the meal, because she had seen on Facebook how much I loved them. 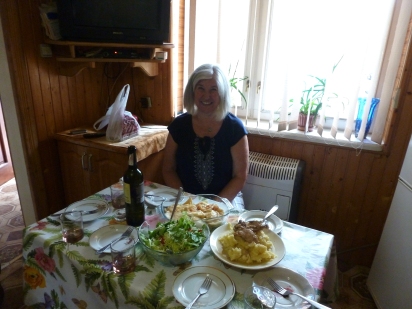 We spent 2 days with cousin Mariya and her family, spontaneously spending the night with no luggage on hand. We met her son who built an incredible house for his family on my Gido’s property. We walked to my Gido’s old school which has been renovated into a community town hall. And we did what I have always dreamed of doing, since hearing my Gido’s poems about his homeland read at his funeral: we walked to his beloved river Pruit and waded in its sandy shores, looking at the very mountains that my Gido thought of and longed for every day he was away from them. In that warm water, with the same warm sun that has touched my hair in Canada beating down on me in Ukraine, another piece of my story – and soul – was complete.

After only one visit to this rich (in history, in complexity, in contradictions) land, I cannot even pretend to lay claim to an understanding of it. But it’s yet another thread, this one pulsing with rich gold and blue, woven into my story… 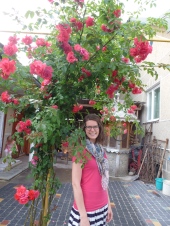 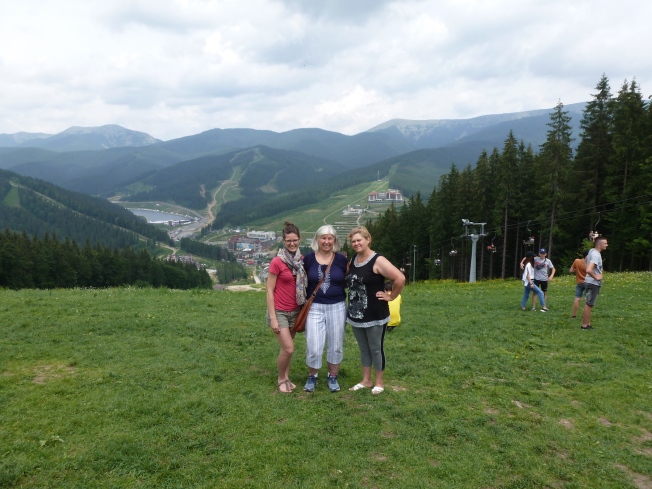 Travelling up the Carpathian Mountains on the Bukovel panoramic gondola

Land of seeming incongruities. Traditional singers protesting for #FreeSentsov at the Shevchenko monument next to a mobile tattooist 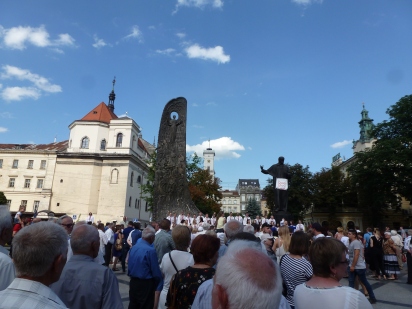 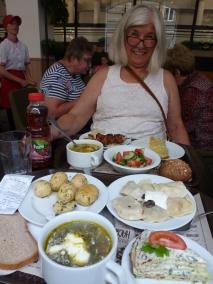 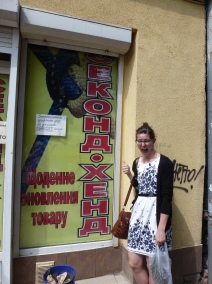 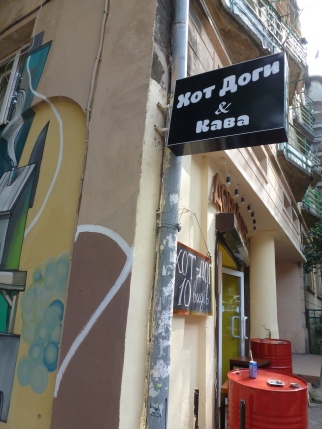 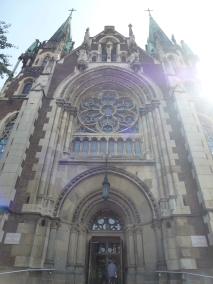