I fall asleep for four hours and the whole world changes!

Several feet of snow.
Towering fir trees occasionally slapping against the windows.
Half a dozen rather rowdy individuals who, one by one, informed me that they’d just been released from The Pas penitentiary.

Thompson is now fading away to the southwest. Our stop there was shortened considerably, so now we’re back on schedule. I enjoyed a brief tour of the very frozen town in a cab that I was sharing with a friendly guy who, I discovered as I was getting in to the backseat, had also just got out of the slammer. Seriously?? Well, no judgment here: he was very pleasant, and even refused to accept the $5 I offered him for the cab.

I holed myself up in a McDonalds and called my much-missed wife, then trekked back to the train. It was about a half hour walk, and my toes have only just regained sensation. This is going to take some getting used to!

All things considered, though, the train still rocks.

No amount of winter can stop this thing! 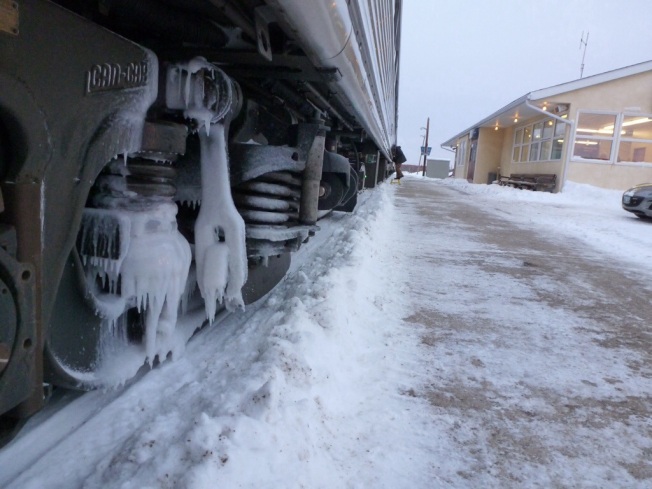 Thank goodness, I needed some packing tape and sharpies!

In memory of my Education friends. 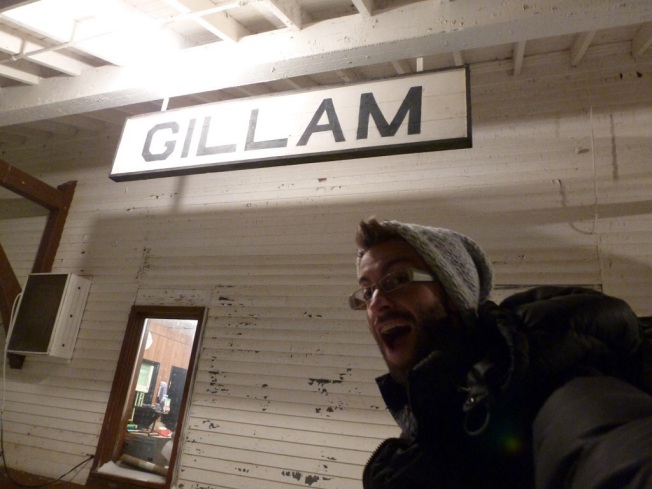